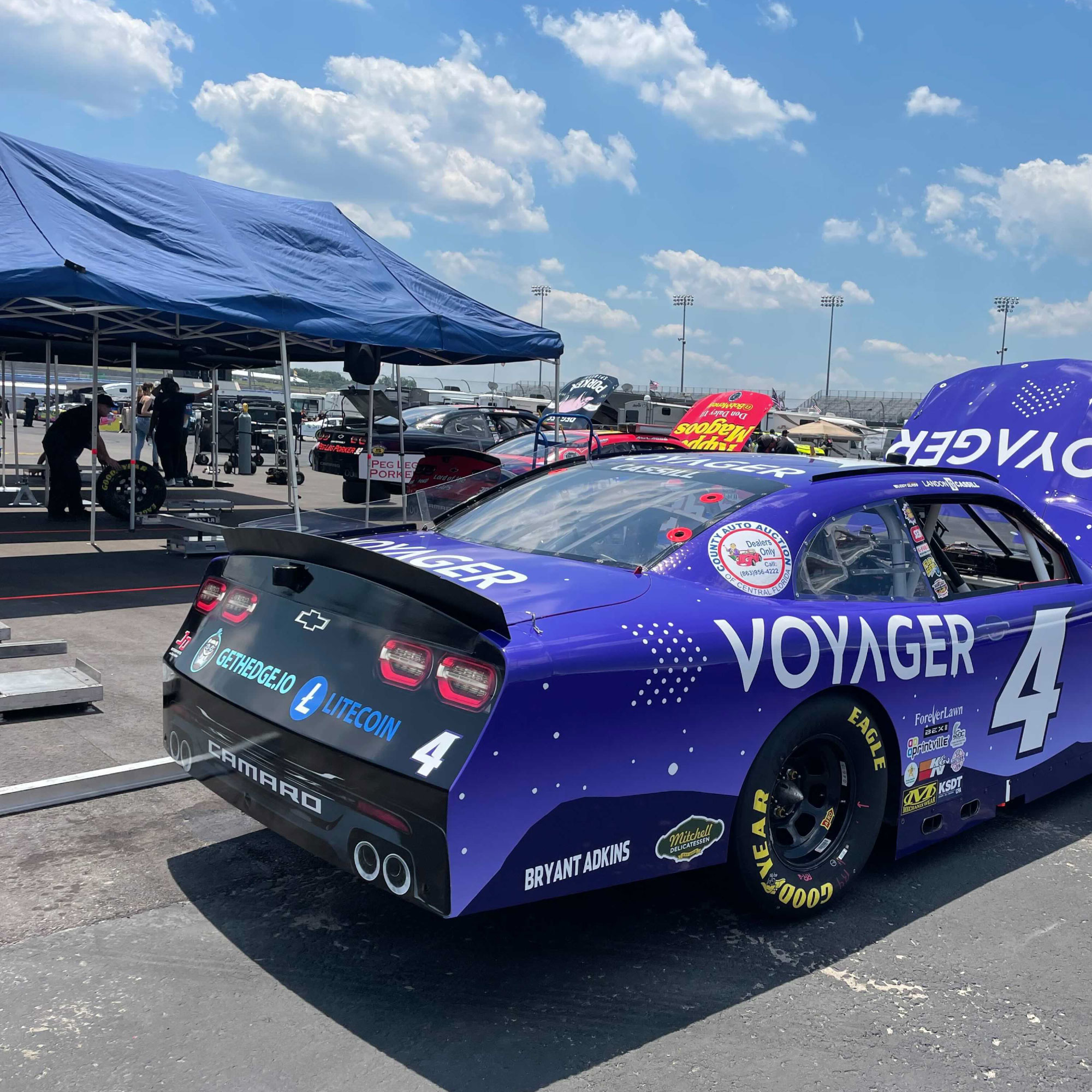 XFinity Series Driver Landon Cassill To Receive Hedge Sponsorship In Litecoin; Will Use Hedge To Convert Regular Pay Into Litecoin

Hedge, a cryptocurrency fintech platform that allows users to convert any portion of their pay into Bitcoin, Litecoin and Ethereum, is making history alongside popular trading and staking app, Voyager, as the first companies to sponsor a NASCAR race team by paying in cryptocurrencies.

Hedge and Voyager have teamed up with NASCAR driver Landon Cassill, whose #4 car is part of NASCAR’s Xfinity racing series. The sponsorship is for 20 of the final 24 races of the 2021 racing season. Voyager, the primary sponsor, will cover the majority of the race car, with Hedge and the cryptocurrency Litecoin gracing the back ‘TV’ bumper for the 20 planned races, which started on May 22nd at Circuit of the America’s Pit Boss 250 in Austin, Texas.

Both Voyager and Hedge paid for their sponsorship in Litecoin, a cryptocurrency known as the ‘Silver to Bitcoin’s Gold’ and used primarily as a payments coin and store of value. Litecoin is also a favorite cryptocurrency of Landon’s, as evidenced by his participation in a pro athlete panel on cryptos at the 2019 Global Litecoin Summit held in Las Vegas, Nevada.

Landon will also use Hedge’s payroll to crypto conversion platform, gethedge.io, to earn a portion of his pay from Landon Cassill, Inc. in Litecoin and have it sent automatically to his Voyager account. This will make Cassill the first known NASCAR driver to convert any type of income through racing into cryptocurrencies.

“I am thrilled for this new partnership with Hedge and Litecoin.” stated Landon Cassill on the sponsorship.

”Charlie has been a friend for a couple years now, and has helped me navigate the crypto world and welcomed me into the Litecoin community. Hedge is a really unique product that fits me very well, as I have been exploring ways to run my payroll through cryptocurrency. I’m excited to use the product for myself and have them on my racecar all season!

As part of the sponsorship agreement with NASCAR’s Landon Cassill, Hedge will be sponsoring a meetup prior to four of the twenty races they are on Landon’s racecar. These meetups are meant to connect with both racing and cryptocurrency fans the day prior to the race. The meetups will be managed and attended in person by Hedge’s new Director of Marketing and Social Engagement, former WWE Superstar Danielle Moinet, and various other members of the Hedge team.

About Hedge: Hedge is a fintech platform run by Cornerstone Global Management, Inc. that allows employees to convert any portion of their payroll in Bitcoin, Litecoin and/or Ethereum at a highly competitive rate, also automatically sending them to the cryptocurrency wallets of their choosing.

About Voyager Digital Ltd.: Voyager Digital Ltd. is a publicly traded holding company whose subsidiaries operate a crypto-asset platform that provides retail and institutional investors with a seamless solution to trade crypto assets. The Voyager platform provides customers with competitive price execution through its smart order router and a custody solution on a wide choice of popular crypto-assets. Voyager was founded by established Wall Street and Silicon Valley entrepreneurs who teamed to bring a better, more transparent, and cost-efficient alternative for trading crypto-assets to the marketplace. Please visit us at https://www.investvoyager.com for more information.

About Landon Cassill: Landon is an American professional stock car racing driver. He competes full-time in the NASCAR Xfinity Series, driving the Nos. 4 and 6 Chevrolet Camaros for JD Motorsports.